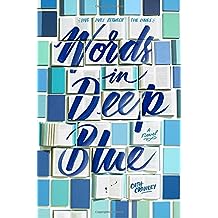 The setting of this story is a bookworm’s dream. Henry’s family has run a second-hand bookstore, the Howling Books, for over twenty years. Eighteen years old, he loves everything about the store. Besides the book-loving regulars and the monthly book clubs, the best part of the store is the Letter Library, a room where patrons can write notes in their favorite books. Sometimes even letters are left between pages.

Rachel and Henry were best friends for years. The day before she moved away, Rachel tucked a love letter in Henry’s favorite book in the Letter Library. But Henry never discovered the letter, and Rachel resigned herself to the fact that Henry was in love with Amy.

Years later, Rachel returns and works in the bookstore. Everyone sees a difference in Rachel. What they don’t know is that her younger brother, Cal, drowned in the ocean. She keeps the tragedy a secret as she renews her friendship with Henry.

Henry has been in love with Amy for years. She breaks up with him only to return when her latest relationship doesn’t work out. Henry finds his life falling apart. Once again, Amy dumps him, and his divorced parents are talking about selling the Howling Books.

As Henry and Rachel work together in the bookstore, Henry remembers what he liked about his best friend, Rachel, even as she continues to deal inwardly with the loss of her brother.

The Letter Library slowly reveals its secrets of love and loss. If you love books, bookstores, and relationships, you’ll like this story.

I love the setting—who wouldn’t like living above and working in a bookstore? The depiction of Henry’s obsession with a girl who uses him like a revolving door is believable, and the author sensitively portrays Rachel’s grief. I found the repetitive use of the F word distracting from an otherwise strong story.